Updated on May 13th, 2021Do you know how to format multiple USB or flash drives at one time? Here is guide to format a batch of USB drive automatically. Problem Overview “I’m looking for a way or tool to format … Continue reading →

Updated on November 6th, 2020There is no denying that Windows 8 gains great popularity recently. Meanwhile, Windows 8 is gradually taking the place of other operating system on PC. Why this system is favored by so many users? This may … Continue reading →

Updated on May 14th, 2021Disk partitions Partitions on hard drive are also called volumes, which are created to store data. If your computer is running Windows, then one of the partition of the hard drive or SSD (solid state drive) … Continue reading →

The term “RAID” stands for redundant array of independent disks which was originally redundant array of inexpensive disks. RAID is a storage technology that combines multiple disk drive components into a logical unit for the purposes of data redundancy and performance improvement.

RAID is designed to improve performance and reliability and obtain larger capacity. Users don’t need to care how many disks form the RAID, for a RAID appears to the operating system to be one single logical hard disk. RAID technology possesses following advantages:

To construct virtual raid, please follow the steps here: start PartitionGuru and then clisk  the menu “Tool” to find the item “Construct Virtual RAID” as in the pictures below: 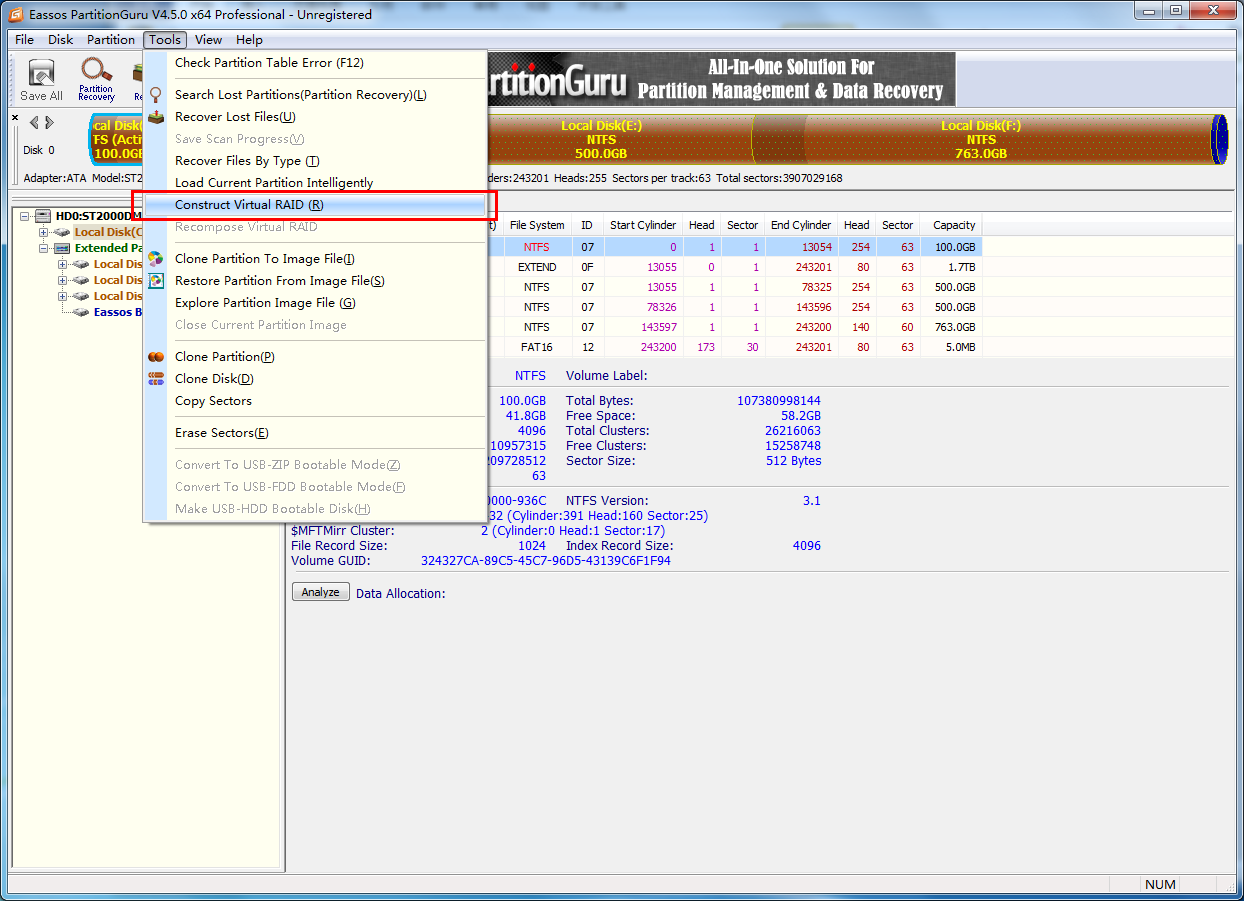 Updated on November 24th, 2020Bad sector is an inevitable problem to hard drives, which can be logical or physical. What we need to be aware of is that bad sector doesn’t mean the end of hard drive’s lifespan. Hard drive … Continue reading →

Updated on November 6th, 2020PartitionGuru updated to V4.4.0 yesterday, adding the function of sector edit. Here are the improvements of the newly released version: 1. Added sector edit function. 2. Enhanced the speed of partition backup with the backup mode … Continue reading →