Most of computer user must have encountered the problem that operating system crashes, which can be caused by various. A majority if users have no idea of an easy and secure solution to fix the problem, for this reason, they have to spend a large sum of money and time on the service of reinstalling system.

Fortunately, there are easy-to-use system restore programs on the Internet, by which users are capable of restoring system to the backed up point where they know system was working well. Such solution is able to rescue users’ PC or laptop from various system problems.

Here are some reasons to blame for situations of system stops working normally. Changes users have made, such as installing programs or modify critical settings, lead to something to go wrong. Also, it may be that computer gets virus or malware infection, or something mechanical goes awry, for example, system partition is running out of space, computer does not have enough RAM, some computer component is overheated or broken, etc. System restore is a limited but wise move compared to reinstalling system: it needs a previous backup file, which is not available to many users who were not willing to make backups; whereas system backup file can come to rescue via easy and simple steps.

Eassos System Restore is an excited tool that supports incremental backup and multiple time point restore for various Windows versions. The most outstanding feature is that this software is user-friendly and extremely easy to use.

Users can create a couple of “restore points” anytime they deem the system state is worth backing up. After installing it, users can manually perform the backup following its wizard interface. Restore points record settings and state of system when uses know it as working in the perfect way. Therefore, when something goes wrong, users can restore system to that point and everything will be fine again.

Besides, when making system restore points, users are offered options that whether they need to backup files on “Desktop”, “Favorites”, files in Recycle Bin, temporary files, etc. Each time points contain different files and folders, so the program allows users to input a brief introduction while creating the new restore point.

How to restore computer to previous state?

Step 1: Get Eassos System Restore started and click the button “Restore” on its main interface or press “F8” on the keyboard. 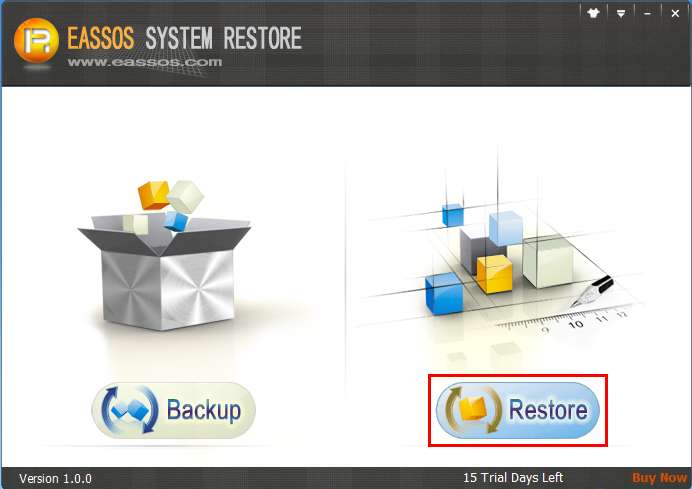 Step 2: Select one restore point and click “Next” button. 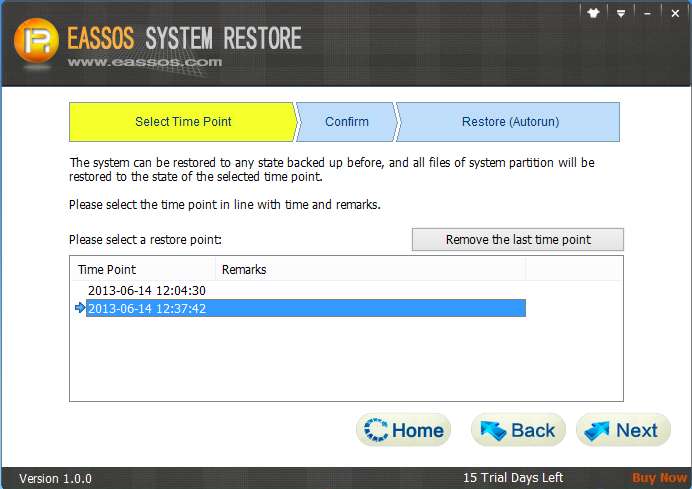 Step 3: Click “OK” on the message box and then system restore will be done in a couple of minutes.

After system is restored, we can access the normal system again, which runs just the same as when system is backed up.