FAT12 remains in use on all common floppy disks. The initial variant of FAT is the well-known FAT12, which is originally designed as the file system of floppy disks. However, it has limitations in the following aspects: it doesn’t support hierarchical directories; cluster addresses were 12 bits, which makes FAT12 manipulation tricky; the partition size it supports can only be 32MB in maximum.

At first, the name FAT16 was not what is commonly understood today. In1984, IBM released the PC AT, which owns a 20 MB hard disk. Meanwhile Microsoft released MS-DOS 3.0. Cluster addresses were increased to 16 bits; however the maximum possible number of sectors and the maximum (partition, rather than disk) size of 32 MB did not change. The early merit of FAT16 was to enable the use of smaller clusters, which makes disk usage much more efficient.

Finally, in 1987, Compaq MS-DOS 3.31 introduced what is well-known as the FAT16 format today, with the expansion of the 16-bit disk sector index to 32 bits. Although the on-disk changes were minor, the whole DOS disk drive had to be converted to use 32-bit sector numbers.

With a purpose of overcoming the volume size limit of FAT16 and at the same time allowing DOS real mode code to handle the format, Microsoft introduced a new file system version, FAT32, with 32-bit cluster counts, of which 28 bits are currently used.

FAT file systems are the default file system of some removable media devices, and they are widely used by portable devices like memory cards, USB flash disks, and camera and cell phone cards. Besides, FAT is commonly found on hard disks in the era of DOS and Windows 9x. 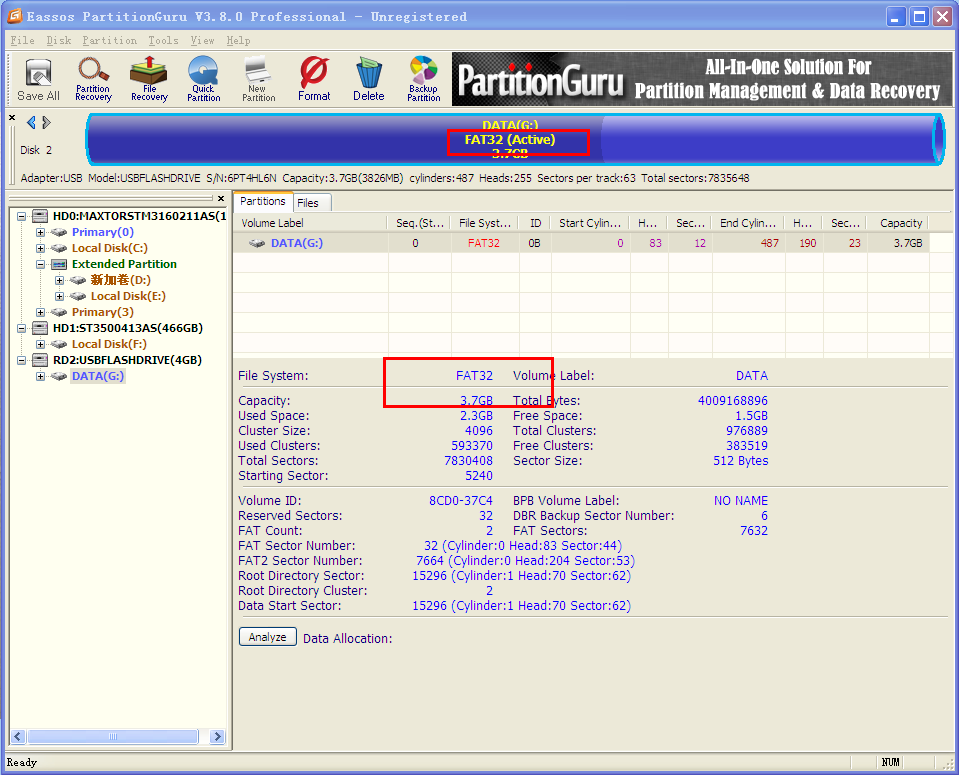